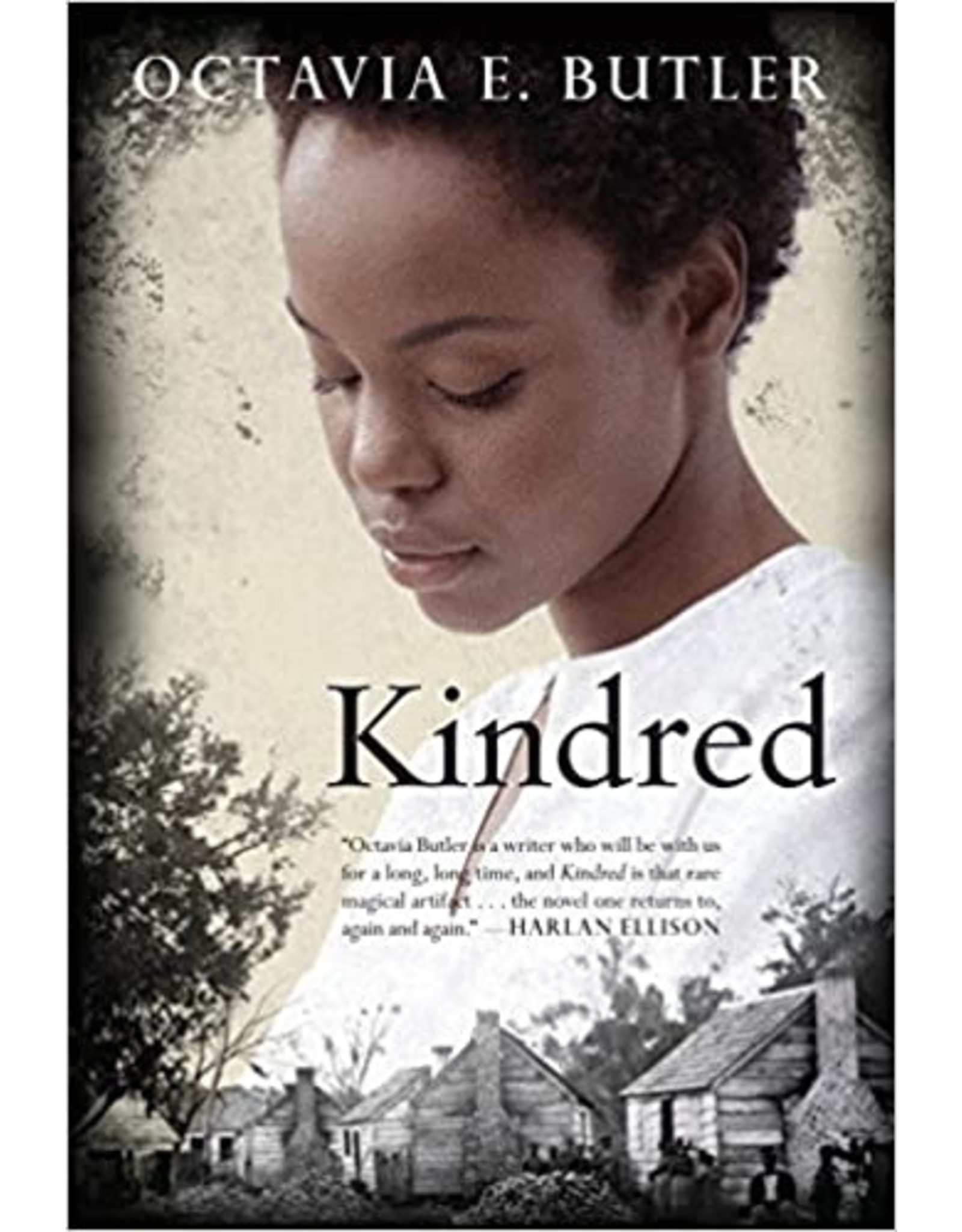 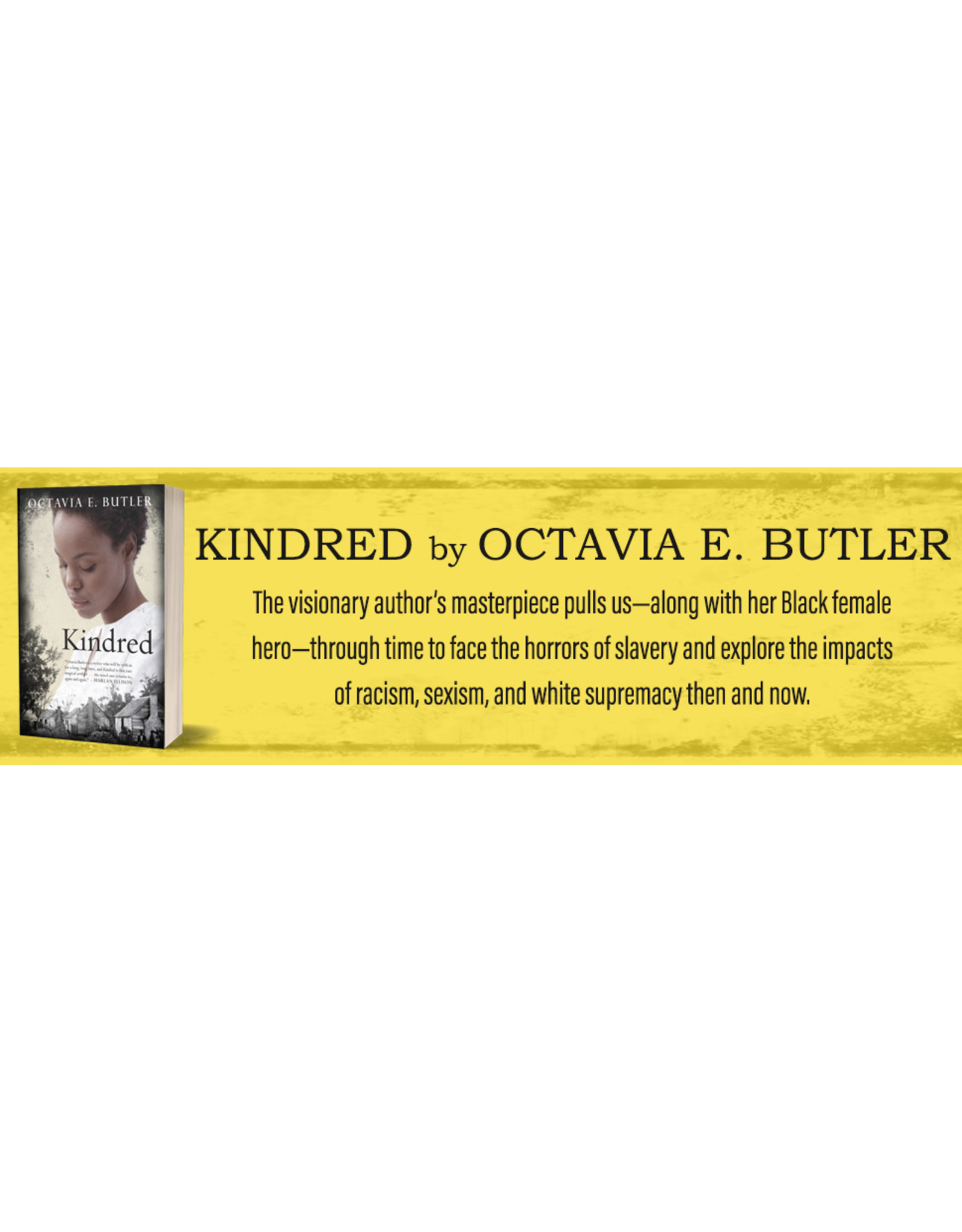 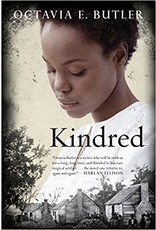 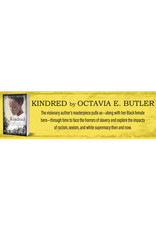 The visionary author’s masterpiece pulls us—along with her Black female hero—through time to face the horrors of slavery and explore the impacts of racism, sexism, and white supremacy then and now.

Dana, a modern black woman, is celebrating her twenty-sixth birthday with her new husband when she is snatched abruptly from her home in California and transported to the antebellum South. Rufus, the white son of a plantation owner, is drowning, and Dana has been summoned to save him. Dana is drawn back repeatedly through time to the slave quarters, and each time the stay grows longer, more arduous, and more dangerous until it is uncertain whether or not Dana's life will end, long before it has a chance to begin.

Octavia Butler is a writer who will be with us for a long, long time, and Kindred is that rare magical artifact . . . the novel one returns to, again and again.—Harlan Ellison

"One cannot finish Kindred without feeling changed. It is a shattering work of art with much to say about love, hate, slavery, and racial dilemmas, then and now." —Sam Frank, Los Angeles Herald-Examiner

"In Kindred, Octavia Butler creates a road for the impossible and a balm for the unbearable. It is everything the literature of science fiction can be." —Walter Mosley

"Butler's books are exceptional . . . She is a realist, writing the most detailed social criticism and creating some of the most fascinating female characters in the genre . . . real women caught in impossible situations."—Dorothy Allison, Village Voice

"One of the most original, thought-provoking works examining race and identity."—Lynell George, Los Angeles Times

This powerful novel about a modern black woman transported back in time to a slave plantation in the antebellum South is the perfect introduction to Butler's work and perspectives for those not usually enamored of science fiction. . .A harrowing, haunting story." —John Marshall, Seattle Post-Intelligencer

"No other work of fantasy or science fiction writings brings the intimate environment of the antebellum South to life better than Octavia E. Butler's Kindred." —Kevin Weston, San Francisco Chronicle

"A celebrated mainstay of college courses in women's studies and black literature and culture; some colleges require it as mandatory freshman reading." —Linell Smith, The Baltimore Sun

"Kindred is as much a novel of psychological horror as it is a novel of science fiction. . .a work of art whose individual accomplishment defies categorization." —Barbara Strickland, The Austin Chronicle

"A startling and engrossing commentary on the complex actuality and continuing heritage of American slavery." —Sherley Anne Williams, Ms.

"Her books are disturbing, unsettling… In a field dominated by white male authors, Butler's African-American feminist perspective is unique, and uniquely suited to reshape the boundaries of the sci-fi genre." —Bill Glass, L. A. Style

Octavia E. Butler (1947-2006) was the author of many novels, including Dawn, Wild Seed, andParable of the Sower. She was the recipient of a MacArthur Award and a Nebula Award, and she twice won the Hugo Award.
Add your review
0 stars based on 0 reviews
Add to wishlist / Add to compare / Print