At the Dark End of the Street

Home / At the Dark End of the Street 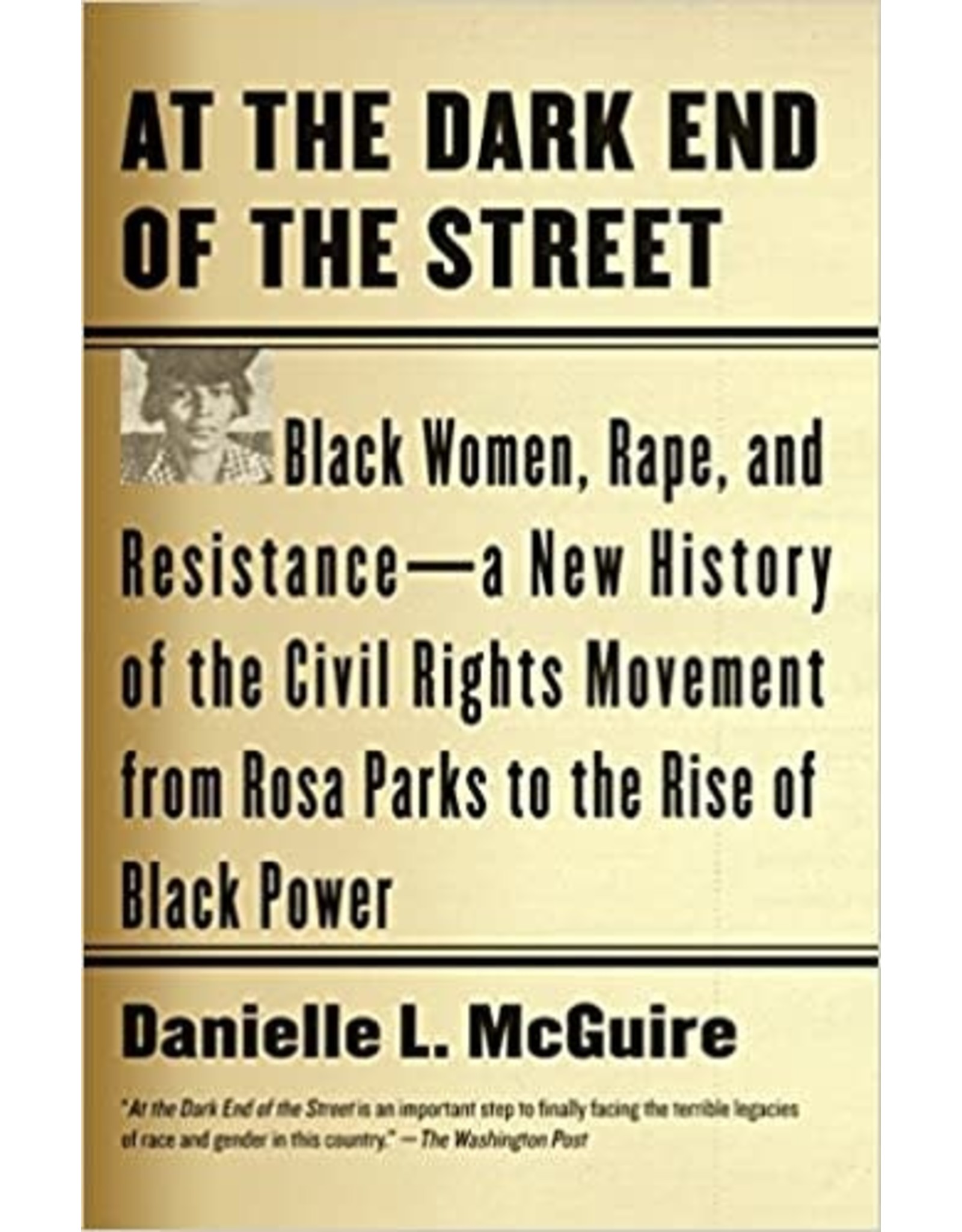 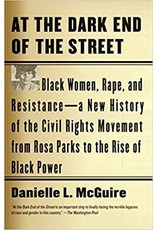 At the Dark End of the Street: Black Women, Rape, and Resistance--A New History of the Civil Rights Movement from Rosa Parks to the Rise of Black Power Paperback – October 4, 2011
by Danielle L. McGuire

Groundbreaking, controversial, and courageous, here is the story of Rosa Parks and Recy Taylor—a story that reinterprets the history of America's civil rights movement in terms of the sexual violence committed against black women by white men.

Rosa Parks was often described as a sweet and reticent elderly woman whose tired feet caused her to defy segregation on Montgomery’s city buses, and whose supposedly solitary, spontaneous act sparked the 1955 bus boycott that gave birth to the civil rights movement. The truth of who Rosa Parks was and what really lay beneath the 1955 boycott is far different from anything previously written.

In this groundbreaking and important book, Danielle McGuire writes about the rape in 1944 of a twenty-four-year-old mother and sharecropper, Recy Taylor, who strolled toward home after an evening of singing and praying at the Rock Hill Holiness Church in Abbeville, Alabama. Seven white men, armed with knives and shotguns, ordered the young woman into their green Chevrolet, raped her, and left her for dead. The president of the local NAACP branch office sent his best investigator and organizer--Rosa Parks--to Abbeville. In taking on this case, Parks launched a movement that exposed a ritualized history of sexual assault against black women and added fire to the growing call for change.

"At the Dark End of the Street is one of those rare studies that makes a well-known story seem startlingly new. Anyone who thinks he knows the history of the modern civil rights movement needs to read this terrifying, illuminating book." --Kevin Boyle, winner of the National Book Award and author of Arc of Justice: A Saga of Race, Civil Rights, and Murder in the Jazz Age

Danielle L. McGuire, PhD, is an award-winning author and historian of racial and sexual violence and the long African American Freedom Struggle. She lives with her family in metro Detroit.