Atlas of the Transatlantic Slave Trade 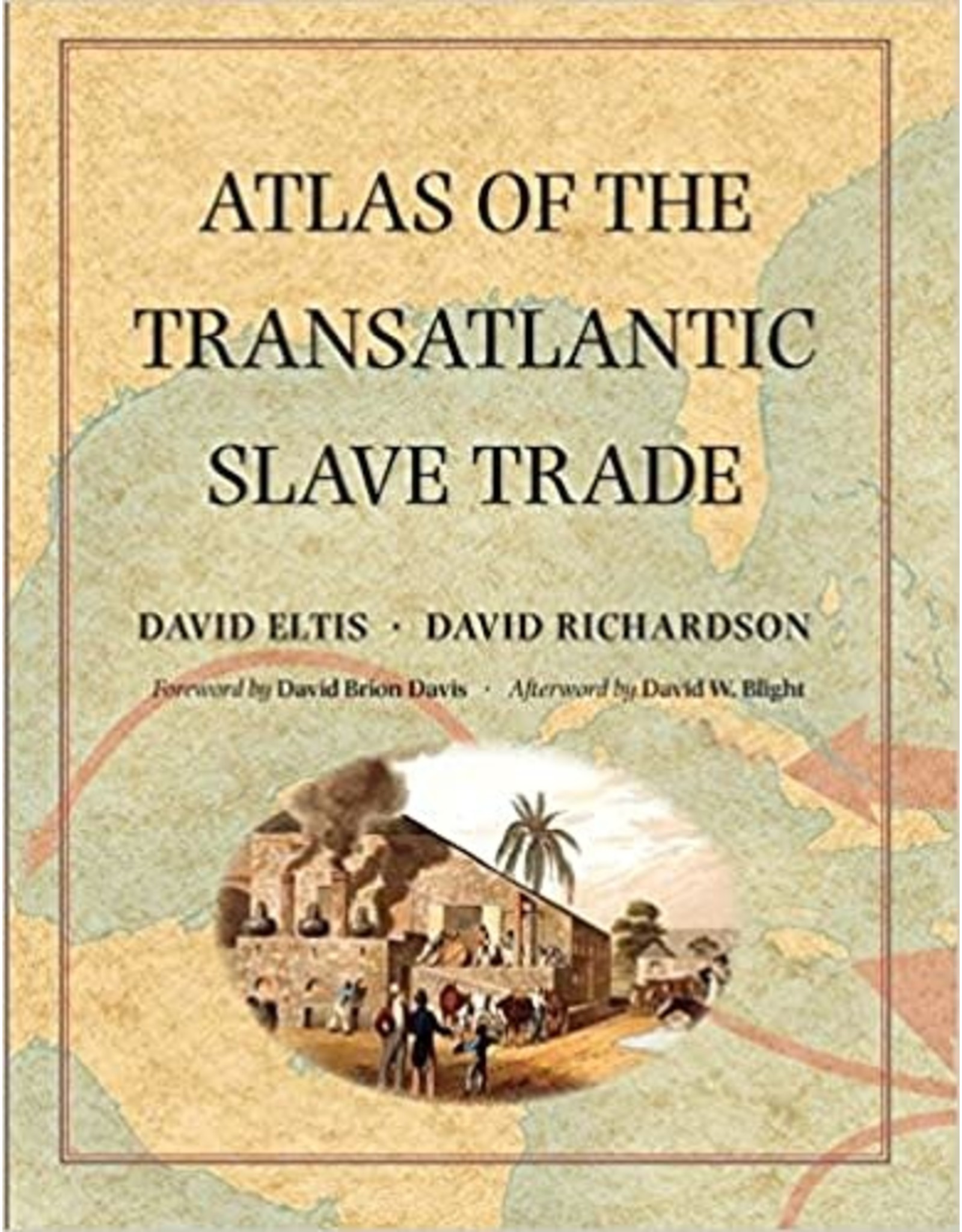 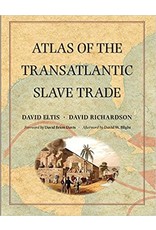 A extraordinary work, decades in the making: the first atlas to illustrate the entire scope of the transatlantic slave trade

​Winner of the Association of American Publishers' 2010 R.R. Hawkins Award and PROSE Award

Between 1501 and 1867, the transatlantic slave trade claimed an estimated 12.5 million Africans and involved almost every country with an Atlantic coastline. In this extraordinary book, two leading historians have created the first comprehensive, up-to-date atlas on this 350-year history of kidnapping and coercion. It features nearly 200 maps, especially created for the volume, that explore every detail of the African slave traffic to the New World. The atlas is based on an online database (www.slavevoyages.org) with records on nearly 35,000 slaving voyages—roughly 80 percent of all such voyages ever made.

Using maps, David Eltis and David Richardson show which nations participated in the slave trade, where the ships involved were outfitted, where the captives boarded ship, and where they were landed in the Americas, as well as the experience of the transatlantic voyage and the geographic dimensions of the eventual abolition of the traffic. Accompanying the maps are illustrations and contemporary literary selections, including poems, letters, and diary entries, intended to enhance readers’ understanding of the human story underlying the trade from its inception to its end.

This groundbreaking work provides the fullest possible picture of the extent and inhumanity of one of the largest forced migrations in history.

"A monumental chronicle of this historical tragedy, one that records some 35,000 individual slaving voyages, roughly 80 percent of those made. . . . [This book] is a human document as well as a rigorous accounting. It is filled with moving poems, photographs, letters and diary entries."—Dwight Garner, New York Times

"A monumental chronicle of this historical tragedy, one that records some 35,000 individual slaving voyages, roughly 80 percent of those made. The authors remind us that only 4 percent of the captives disembarked in what became the United States, while 95 percent arrived in the Caribbean and South America. Atlas of the Transatlantic Slave Trade is a human document as well as a rigorous accounting. It is filled with moving poems, photographs, letters and diary entries."—Dwight Garner, New York Times

"A remarkable resource. . . . The charts raise as many questions as they answer; this is entirely the point."—James Delbourgo, Times Higher Education

". . . a ground-breaking project: the Atlas will be indispensable for all those interested in the slave trade."—Jane Webster, Times Literary Supplement

". . . a beautifully produced volume . . . The whole is topped and tailed by two excellent essays: a masterly introduction by David Brion Davis and a rousing afterword by David Blight. The end result of all this international, scholarly effort is a remarkable book which is not only a pleasure to have on one's shelves, but a model of scholarly and publishing activity. . . . Here, and in their varied (and complex) work as individual scholars, Eltis and Richardson have revealed themselves to be among the most imaginative, influential and distinguished historians of their generation."—James Walvin, International Journal of Maritime History

"One of the most ambitious books of this—or any other—publishing season: a fascinating, horrifying, beautifully put-together atlas of the transatlantic slave trade."—Very Short List

"Literary selections and paintings/illustrations are included to broaden readers' understanding of the human story behind the maps and charted statistics."—The Atlanta Journal-Constitution

"This marvelous book will change how people think of the slave trade. It deserves every accolade it is likely to get."—Nicolas van de Walle, Foreign Affairs

"This is a beautiful atlas . . . a valuable reference for scholars of slavery and the Atlantic slave trade and a teaching tool for anyone engaged with African or African diasporic history . . . I'll return to it for years to come and look forward to introducing it to my students."—Walter Hawthorne, The Americas

"Atlas is a testament to the value of collaborative effort . . . a substantial and lasting contribution to the economic history of transatlantic slaving and our understanding of the subject . . . an excellent reference text."—Kwasi Konadu, African Studies Review
Winner of the 2010 R.R. Hawkins Award, given by the Association of American Publishers

Winner of the PROSE Award for Excellence in Single Volume Reference/Humanities and Social Sciences category, as given by the Association of American Publishers
Received Honorable Mention for the 2011 Dartmouth Medal for outstanding reference

"A brilliant rendition of the Trans-Atlantic Slave Trade Database. This atlas is essential to the study of chattel slavery.  No student of slavery should be without it."—Ira Berlin, University of Maryland

"These magnificent maps—all 189—document almost every conceivable aspect of one of the world's worst crimes. An epic and gruesome drama receives a fitting representation. A superb contribution to scholarship."—Philip D. Morgan, Johns Hopkins University

"This is a highly original work and represents a major contribution to historical analysis. There are no comparable works on this topic."—Stanley Engerman, University of Rochester

"This is an important project that will add greatly to our understanding about the major, long-term patterns of trade between Africa and the Americas, help to map the African Diaspora, and place the transatlantic slave trade in larger world history context."—Steve Behrendt, Victoria University of Wellington

"This is a major work of enormous consequence, without parallel in the literature, deeply researched, highly original, and of immeasurable value."—Harm J. de Blij, Michigan State University

David Eltis is Emeritus Robert W. Woodruff Professor at Emory University. David Richardson is the former director of the Wilberforce Institute for the Study of Slavery and Emancipation, and professor of economic history, University of Hull, England. Together, the authors coedited Extending the Frontiers: Essays on the New Transatlantic Slave Trade Database.