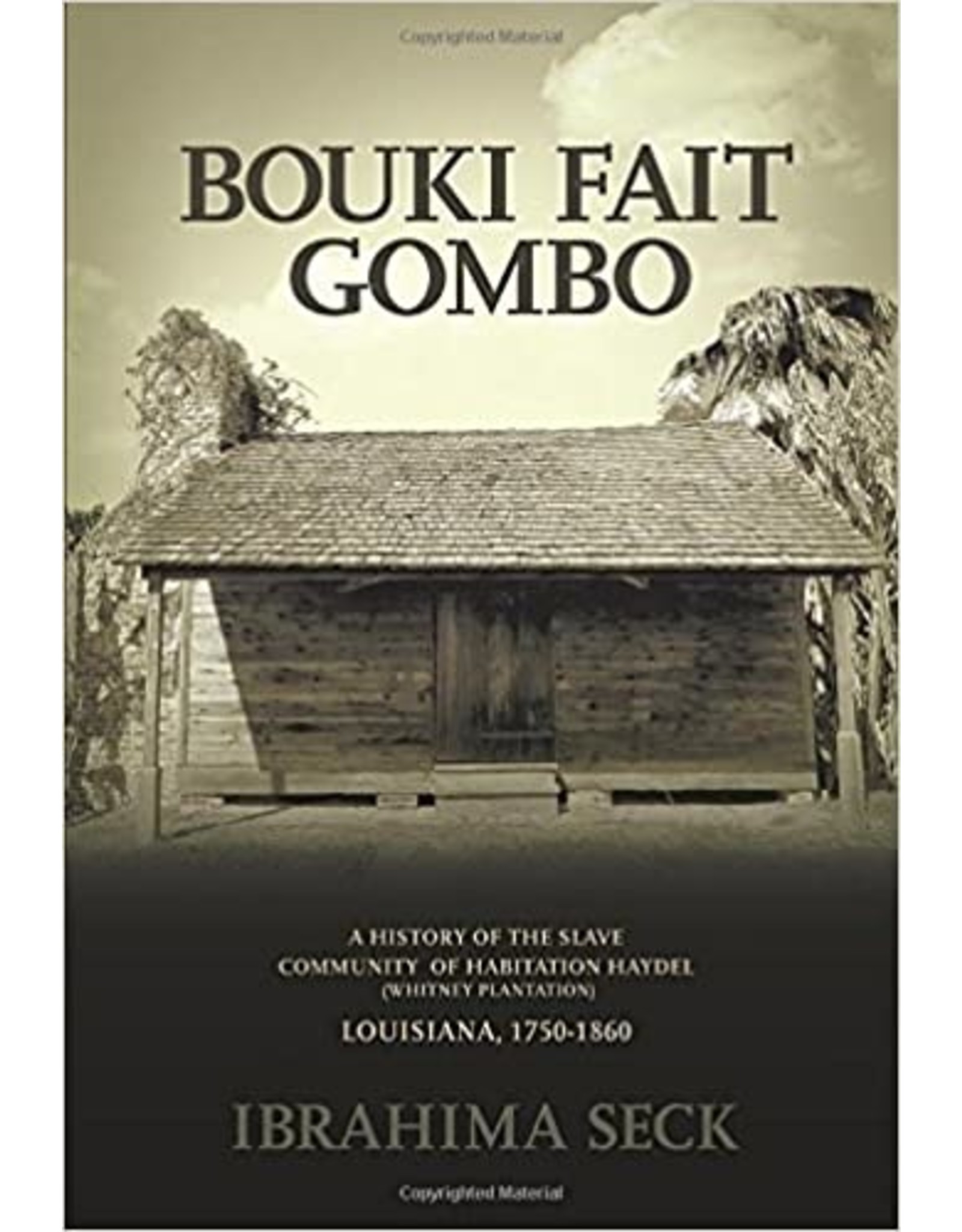 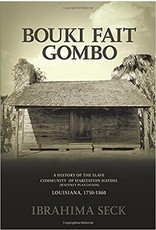 Through an in-depth study of one of Louisiana's most important sugar plantations, Bouki Fait Gombo traces the impact of slavery on southern culture. This is a thorough examination of the Whitney's evolution-- from the precise routes slaves crossed to arrive at the plantation's doors to the records of the men, women, and children who were bound to the Whitney over the years. Although Bouki Fait does not shy away from depicting the daily brutalities slaves faced, at the book's heart are the robust culinary and musical cultures that arose from their shared sense of community and homesickness. The release of this book coincides with the opening of the Whitney Plantation Museum, a "site of memory dedicated to a fuller understanding of the facts of slavery, our national tragedy"

Whitney Plantation is located on the historic River Road in St. John the Baptist Parish, between Edgard and Wallace, Louisiana. "Habitation Haydel" was the name of the place before the Civil War. It was founded by Ambrose Haydel, a German who immigrated to Louisiana with his mother and siblings in 1721. Three generations of the Haydels controlled the plantation until the Civil War. Habitation Haydel was sold in 1867 to Bradish Johnson, who named the property after his grandson, Harry Whitney. Whitney Plantation is a genuine landmark built by African slaves. The Cummings Family of New Orleans has opened it to the public as a museum. As a trial lawyer, John Cummings understood that with much careful research and thought, the Whitney Plantation will engage the wider public in knowledge of slavery and the system of slavery in Louisiana as well as the elements of culture from Senegambia, which played a vital role in the formation of Louisiana Creole culture. He has been wise enough to tap into Dr. Ibrahima Seck's knowledge of the subject. He could not find a better expert. --Gwendolyn Midlo Hall, author of Africans in Colonial Louisiana

This "micro-history" shows how closely connected specific African and American histories were in the era of the slave-trade and slavery -- in this case, of Senegambia and Louisiana -- and that these historical connections continued to influence regional cultures across several generations. Professor Seck's study will be of interest to a wide range of scholars interested in Louisiana history, as well as the African Diaspora generally. --Douglas B. Chambers, Associate Professor of History, The University of Southern Mississippi and author of The Igbo Diaspora in the Era of the Slave Trade: An Introductory History

Ibrahima Seck is a member of the history department of Cheikh Anta Diop University of Dakar (UCAD), Senegal. His research is mostly devoted to Louisiana. In 1999, he defended a doctoral dissertation entitled, "African Cultures and Slavery in Lower Mississippi Valley from Iberville to Jim Crow." He is also the academic director of the Whitney Heritage Plantation Corporation.