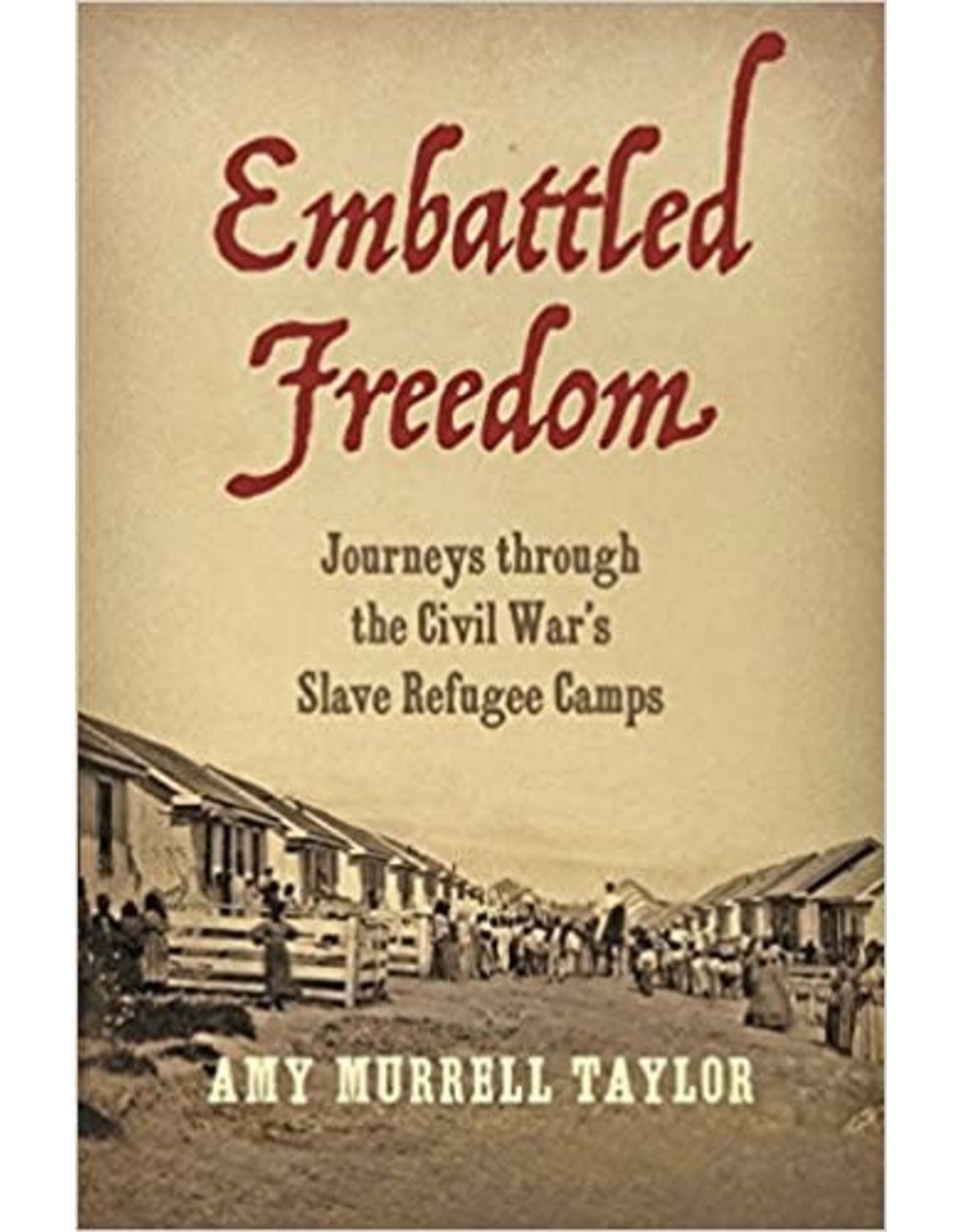 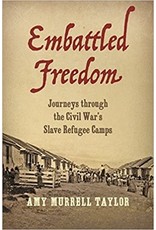 The Civil War was just days old when the first enslaved men, women, and children began fleeing their plantations to seek refuge inside the lines of the Union army as it moved deep into the heart of the Confederacy. In the years that followed, hundreds of thousands more followed in a mass exodus from slavery that would destroy the system once and for all. Drawing on an extraordinary survey of slave refugee camps throughout the country, Embattled Freedom reveals as never before the everyday experiences

of these refugees from slavery as they made their way through the vast landscape of army-supervised camps that emerged during the war. Amy Murrell Taylor vividly reconstructs the human world of wartime emancipation, taking readers inside military-issued tents and makeshift towns, through commissary warehouses and active combat, and into the realities of individuals and families struggling to survive physically as well as spiritually. Narrating their journeys in and out of the confines of the camps, Taylor shows in often gripping detail how the most basic necessities of life were elemental to a former slave's quest for freedom and full citizenship.

The stories of individuals--storekeepers, a laundress, and a minister among them--anchor this ambitious and wide-ranging history and demonstrate with new clarity how contingent the slaves' pursuit of freedom was on the rhythms and culture of military life. Taylor brings new insight into the enormous risks taken by formerly enslaved people to find freedom in the midst of the nation's most destructive war.

Embattled Freedom is a profound meditation on the nature of warfare and its relation to freedom and citizenship. Amy Murrell Taylor demonstrates not only her expertise as a military and social historian but also her skill as a thinker and writer. This book is a model for scholars and students alike.--Journal of Social History

Gracefully written and exhaustively researched, Taylor's book offers the reader a vivid and convincing narrative of these slave refugee camps as 'an elemental part of the story of slavery's destruction in the United States, ' one that deserves a broad readership among not only Civil War enthusiasts but anyone interested in the history of race and slavery in the United States.--Publishers Weekly, starred review

Taylor has written perhaps the single-most evocative portrayal of wartime refugees in the field's distinguished history. . . . In patient, concrete prose, and by slowing down the pace of the traditional emancipation narrative, Taylor elicits not just sympathy or terror or excitement but genuine suspense.--Reviews in American History

Taylor has identified nearly three hundred contraband refugee camps . . . and has painstakingly pieced together narratives of some of the people who lived and worked in them. . . . Taylor's masterful execution of this approach achieves a main goal of the book to move the focus away from the well-known topdown story of emancipation. . . . Embattled Freedom is an important and fresh standout in recent Civil War-era and Arkansas history.--Arkansas Historical Quarterly

An insightful and powerful book that highlights the tremendous struggle and endurance of the refugees to secure their freedom in the chaos of a massive war while surrounded by a hostile and armed white population. . . . Taylor's work illustrates the importance of . . . refugee camps as sites of emancipation and the struggle to define freedom during the Civil War.--Journal of Arizona History

Taylor unravels the tangled process of emancipation during the Civil War. . . . By taking readers inside the camps, Taylor convincingly shows that slave refugee camps played a pivotal role in emancipation because they were the places where policy was enacted in the lives of individuals.--The Annals of Iowa

A compelling account of how African American refugees' search for freedom pushed the nation toward abolition. . . . Taylor meticulously recovers the history of these erased settlements and the African American lives transformed therein. . . . An essential text for scholars and nonacademics alike.--Journal of the Civil War Era

Converts a triumphalist tale of enslavement ended by emancipation into a more realistic one of an ongoing journey toward a contingent and uncertain freedom that was far from complete in 1865.--Journal of American History

A welcome addition to the recent Civil War scholarship that highlights the experiences of people who lived on the fringes of the war. . . . Embattled Freedom brings to life an aspect of the Civil War that many scholars have glossed over . . . well-researched and well-written.--H-Net Reviews

A well-written, thoroughly documented, thought-provoking, if not always uplifting, book about an overlooked aspect of America's Civil War.--The Journal of America's Military Past

A wonderfully conceived and persuasive new history of wartime refugees--innovative in its organization, pathbreaking in its seamless integration of military and social history, and beautifully written.--Leslie Schwalm, University of Iowa

The largest hole in the literature on the American Civil War is the experience of African American slave refugees called contrabands. Amy Murrell Taylor ably fills much of that gap with her truly impressive book, Embattled Freedom.  Taylor brings to life the remarkable journey of these African Americans, a migration that began with the thrill of fulfilling of their dream of freedom, but in most cases was fraught with hardship and misfortune. Without doubt, this book is the starting point for anyone interested in the saga and often tragedy that befell hundreds of thousands of men, women, and children in the wartime transition from slavery to freedom.--Joseph T. Glatthaar, University of North Carolina, Chapel Hill

Amy Murrell Taylor is associate professor of history at the University of Kentucky and author of The Divided Family in Civil War America.
Add your review
0 stars based on 0 reviews
Add to wishlist / Add to compare / Print