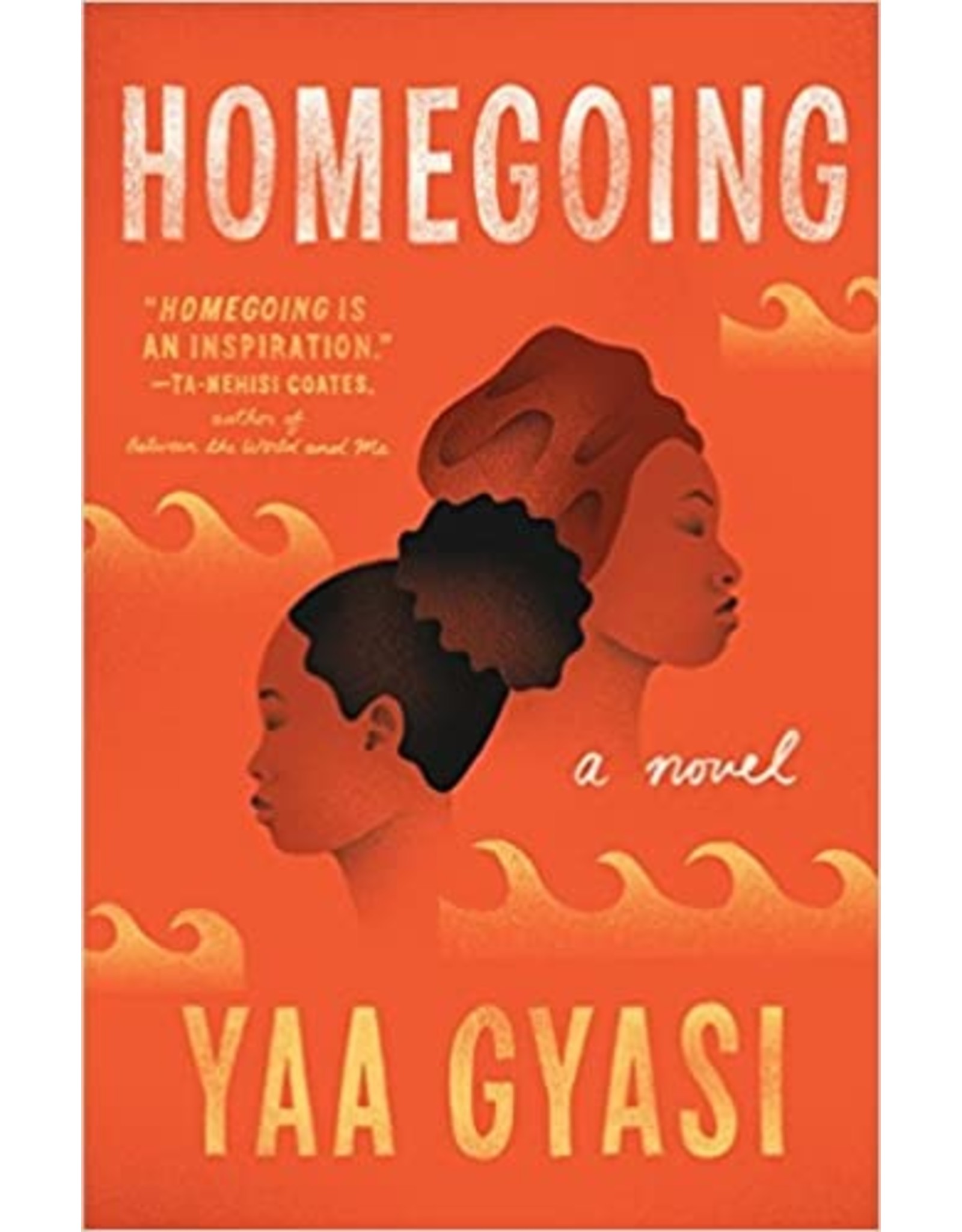 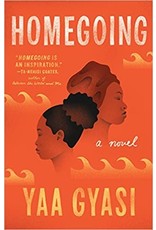 Ghana, eighteenth century: two half sisters are born into different villages, each unaware of the other. One will marry an Englishman and lead a life of comfort in the palatial rooms of the Cape Coast Castle. The other will be captured in a raid on her village, imprisoned in the very same castle, and sold into slavery.

Homegoing follows the parallel paths of these sisters and their descendants through eight generations: from the Gold Coast to the plantations of Mississippi, from the American Civil War to Jazz Age Harlem. Yaa Gyasi’s extraordinary novel illuminates slavery’s troubled legacy both for those who were taken and those who stayed—and shows how the memory of captivity has been inscribed on the soul of our nation.

“Homegoing is an inspiration.” —Ta-Nehisi Coates

“I could not put this book down.” —Roxane Gay

“Brims with compassion. . . . Yaa Gyasi has given rare and heroic voice to the missing and suppressed.” —NPR

“Powerful. . . . Gyasi has delivered something unbelievably tough to pull off: a centuries-spanning epic of interlinked short stories. . . . She has a poet’s ability to pain a scene with a handful of phrases.” —The Christian Science Monitor

“Thanks to Ms. Gyasi’s instinctive storytelling gifts, the book leaves the reader with a visceral understanding of both the savage realities of slavery and the emotional damage that is handed down, over the centuries. . . . By its conclusion, the characters’ tales of loss and resilience have acquired an inexorable and cumulative emotional weight.” —The New York Times

“[Toni Morrison’s] influence is palpable in Gyasi’s historicity and lyricism; she shares Morrison’s uncanny ability to crystalize, in a single event, slavery’s moral and emotional fallout. . . . No novel has better illustrated the way in which racism became institutionalized in this country.” —Vogue

“Gyasi gives voice, and an empathetic ear, to the ensuing seven generations of flawed and deeply human descendants, creating a patchwork mastery of historical fiction.” —Elle

“A remarkable feat—a novel at once epic and intimate, capturing the moral weight of history as it bears down on individual struggles, hopes, and fears. A tremendous debut.” —Phil Klay, National Book Award-winning author of Redeployment

“Rich. . . . Fascinating. . . . Each chapter is tightly plotted, and there are suspenseful, even spectacular climaxes.” —Vulture

“[A] commanding debut . . . will stay with you long after you’ve finished reading. When people talk about all the things fiction can teach its readers, they’re talking about books like this.” —Marie Claire

“Homegoing weaves a spectacular epic. . . . Gyasi gives voice not just to a single person or moment, but to a resonant chorus of eight generations.” —Los Angeles Review of Books

“I cannot remember the last time I read a novel that made me want to use the adjective perfect. . . . Yaa Gyasi’s Homegoing is a feat rarely achieved: a book with the scope of world history and the craft of something much smaller. . . . The cumulative effect is staggering.” —Molly McArdle, Brooklyn Magazine

“Carrying on in the tradition of her foremothers—like Toni Morrison, Edwidge Danticat, Assia Djebar and Bessie Head—Gyasi has created a marvelous work of fiction that both embraces and re-writes history.” —Paste

“Impressive . . . intricate in plot and scope. . . . Homegoing serves as a modern-day reconstruction of lost and untold narratives—and a desire to move forward.” —Miami Herald

“A remarkable achievement, marking the arrival of a powerful new voice in fiction.” —St. Louis Post-Dispatch

“Luminous. . . . The author thrillingly depicts her characters’ migrations from mud-hut villages to Harlem's jazz clubs to Ghana's silvered beaches, celebrating how place and fate shape us all.” —Oprah.com

“Epic . . . a timely, riveting portrayal of the global African Diaspora—and the aftereffects that linger on to this day.” —The Root

“An important, riveting page-turner filled with beautiful prose, Homegoing shoots for the moon and lands right on it.” —Buzzfeed

Yaa Gyasi was born in Ghana and raised in Huntsville, Alabama. She holds a BA in English from Stanford University and an MFA from the Iowa Writers’ Workshop, where she held a Dean’s Graduate Research Fellowship. She lives in New York City.
Add your review
0 stars based on 0 reviews
Add to wishlist / Add to compare / Print