The Making of a Racist

Home / The Making of a Racist 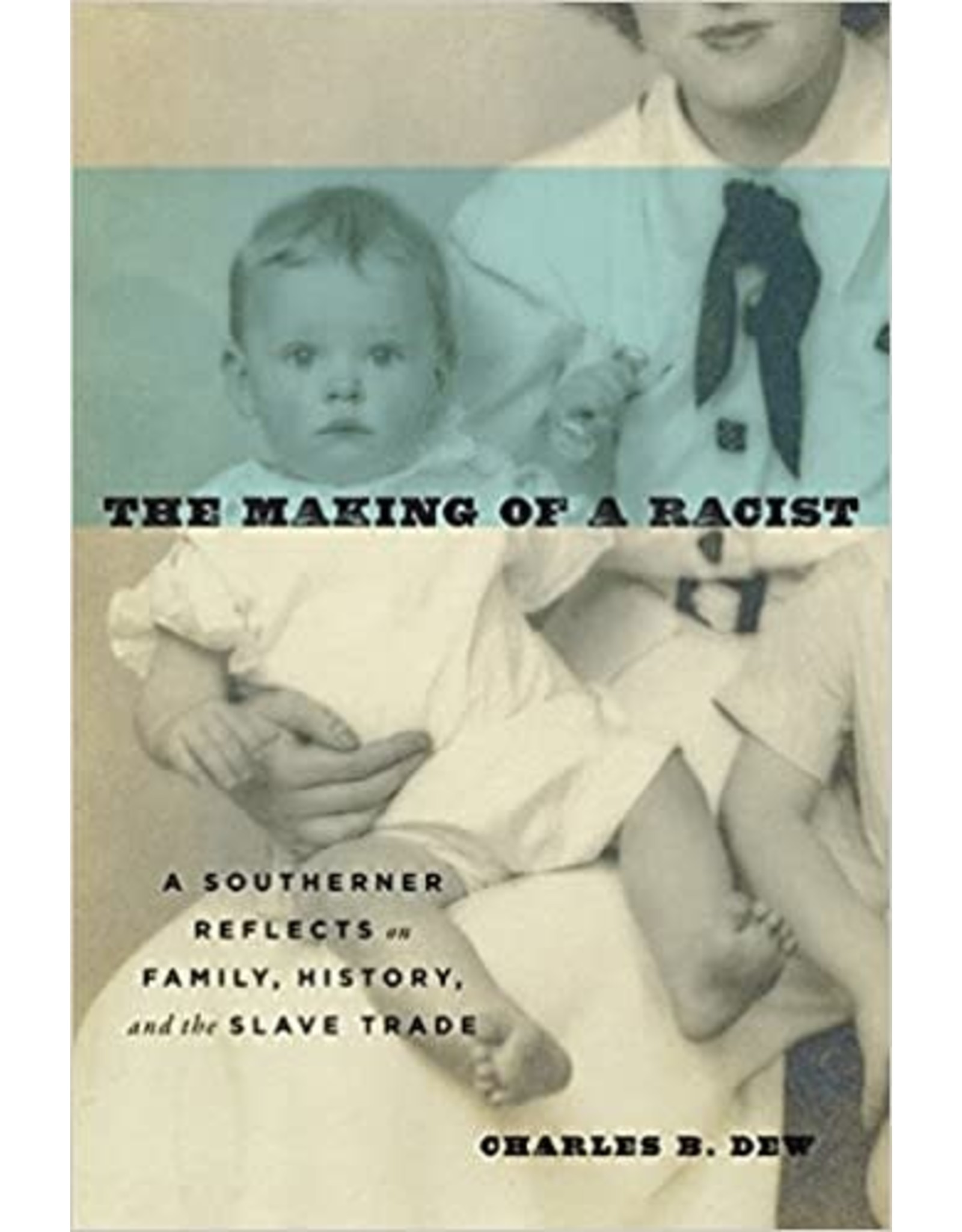 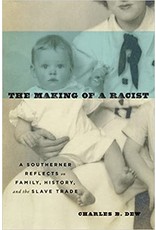 The Making of a Racist: A Southerner Reflects on Family, History, and the Slave Trade Hardcover – Illustrated, August 9, 2016
by Charles B. Dew

In this powerful memoir, Charles Dew, one of America’s most respected historians of the South--and particularly its history of slavery--turns the focus on his own life, which began not in the halls of enlightenment but in a society unequivocally committed to segregation.

Dew re-creates the midcentury American South of his childhood--in many respects a boy’s paradise, but one stained by Lost Cause revisionism and, worse, by the full brunt of Jim Crow. Through entertainments and "educational" books that belittled African Americans, as well as the living examples of his own family, Dew was indoctrinated in a white supremacy that, at best, was condescendingly paternalistic and, at worst, brutally intolerant. The fear that southern culture, and the "hallowed white male brotherhood," could come undone through the slightest flexibility in the color line gave the Jim Crow mindset its distinctly unyielding quality. Dew recalls his father, in most regards a decent man, becoming livid over a black tradesman daring to use the front, and not the back, door.

The second half of the book shows how this former Confederate youth and descendant of Thomas Roderick Dew, one of slavery’s most passionate apologists, went on to reject his racist upbringing and become a scholar of the South and its deeply conflicted history. The centerpiece of Dew’s story is his sobering discovery of a price circular from 1860--an itemized list of humans up for sale. Contemplating this document becomes Dew’s first step in an exploration of antebellum Richmond’s slave trade that investigates the terrible--but, to its white participants, unremarkable--inhumanity inherent in the institution.

Dew’s wish with this book is to show how the South of his childhood came into being, poisoning the minds even of honorable people, and to answer the question put to him by Illinois Browning Culver, the African American woman who devoted decades of her life to serving his family: "Charles, why do the grown-ups put so much hate in the children?"

Each one of Charles Dew’s books has helped shape the conversation on the history of race in this nation. His new book, which combines an honest autobiography of life in the 1950s with a sobering account of archival history and reckoning, is a characteristically eloquent reflection. Dew allows us to understand just how deeply racial thinking saturated white southerners who were otherwise admirable people. Charles Dew is one of our wisest and most humane historians.

(Edward L. Ayers, University of Richmond, author of The Promise of the New South: Life after Reconstruction)

The Making of a Racist provides a searching and brave account of the honeyed pathway to race hatred, the bracing disorientation of learning better, and the haunting, guilty sense of having been there, and knowing that so many have stayed behind.

In his compelling new memoir, Professor Charles Dew '58, one of America's most respected scholars on the history of slavery, shares the story of his childhood growing up white in the Jim Crow South and how his consciousness--and conscience--were raised at Williams.

Charles Dew’s short book is a memoir with broad cultural reach, an even-handed, cleanly-written overview befitting an historian retiring after a distinguished professional career.... There is nothing theoretical, melodramatic, or confessional about Charles Dews’ remembrances.... Nor does Dew take any personal credit, or express any smug sense of acquired virtue, while recounting his emerging enlightenment about race prejudice. His narrative voice earns trust by its plainspoken honesty.

When you consider the sheer inhumanity it took for people ― good Christians all, in their own estimation ― to buy other people, or sell other people, or rape other people, or cheat and restrict other people, or just to kill other people outright with a bestial sadism you wouldn’t inflict on an ailing dog. . . why? What was it in white Southern mores, folkways or history that made this such an indelible ― though not unique ― characteristic of theirs, that allowed so many of them to do such things or simply to stand in complicit silence, without a peep from conscience, as such things were done all around them?

It is the triumph of Dew’s book to pose that question at long last.

This book makes for a brief and humane look into racism in the United States. It should prove valuable for students and any citizen who wonders what went wrong.

It’s up to books like [Dew’s] to help educate people so we begin to understand reports coming from the Department of Justice.

Atlanta Journal-Constitution: What do you hope this book will accomplish?

Dew: I thought that there were not enough white voices in our racial dialogue. We have had some incredible, powerful black voices like W.E.B. Du Bois, James Baldwin and Ta-Nehisi Coates. But not enough from the white side and it is important that we do so in the hope that it would resonate with others. When I would teach, I would tell stories of how I grew up. Everybody was focused on me. I had their undivided attention. Maybe that feeling was worth talking about and believing. I have spoken publicly a lot and something has happened that I didn’t anticipate. A number of African Americans have thanked me and said they never understood where this stuff came from. How did this happen? Where did it come from?

The Making of a Racist tells the story of historian Charles Dew's experience growing up in the South in the era of Jim Crow. Dew joins us for a conversation today about racism in America and the pivotal moments that helped him outgrow the views instilled in him as a child.

Professor Charles Dew, one of the most renowned historians of the South and slavery, now recounts his childhood in the Jim Crow South in a candid and moving memoir, The Making of a Racist. In this powerful work, Professor Dew brings to life a society committed to white supremacy and the vile consequences of rigidly enforced segregation and brutal intolerance.

Charles B. Dew is Ephraim Williams Professor of American History at Williams College and the author of the Fletcher Pratt Award–winning Apostles of Disunion: Southern Secession Commissioners and the Causes of the Civil War (Virginia) and Bond of Iron: Master and Slave at Buffalo Forge, selected as a New York Times Notable Book of the Year.