A Crime So Monstrous

Home / A Crime So Monstrous 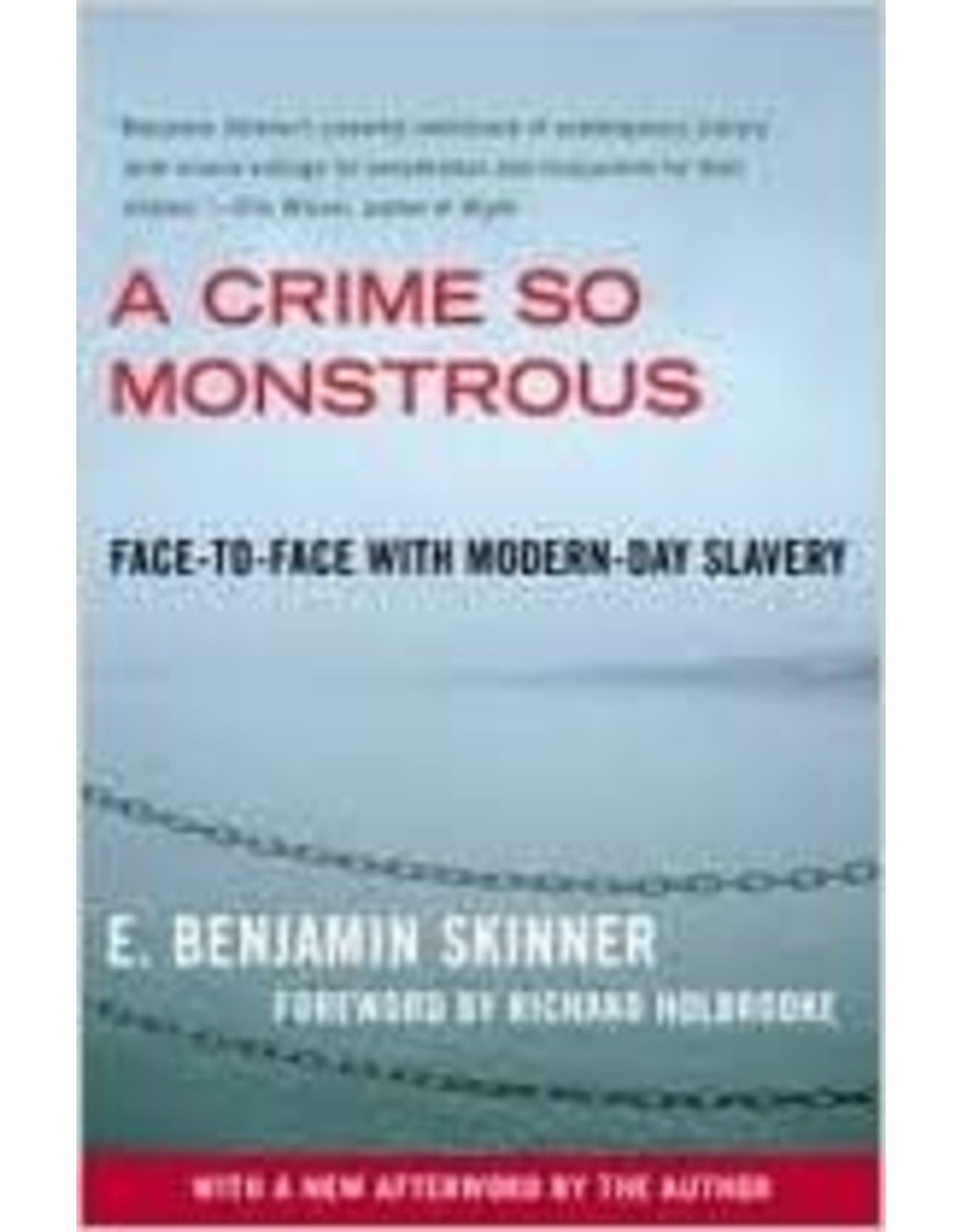 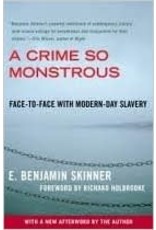 To be a moral witness is perhaps the highest calling of journalism, and in this unforgettable, highly readable account of contemporary slavery, author Benjamin Skinner travels around the globe to personally tell stories that need to be told -- and heard.

As Samantha Power and Philip Gourevitch did for genocide, Skinner has now done for modern-day slavery. With years of reporting in such places as Haiti, Sudan, India, Eastern Europe, The Netherlands, and, yes, even suburban America, he has produced a vivid testament and moving reportage on one of the great evils of our time.

There are more slaves in the world today than at any time in history. After spending four years visiting a dozen countries where slavery flourishes, Skinner tells the story, in gripping narrative style, of individuals who live in slavery, those who have escaped from bondage, those who own or traffic in slaves, and the mixed political motives of those who seek to combat the crime.

Skinner infiltrates trafficking networks and slave sales on five continents, exposing a modern flesh trade never before portrayed in such proximity. From mega-harems in Dubai to illicit brothels in Bucharest, from slave quarries in India to child markets in Haiti, he explores the underside of a world we scarcely recognize as our own and lays bare a parallel universe where human beings are bought, sold, used, and discarded. He travels from the White House to war zones and immerses us in the political and flesh-and-blood battles on the front lines of the unheralded new abolitionist movement.

At the heart of the story are the slaves themselves. Their stories are heartbreaking but, in the midst of tragedy, readers discover a quiet dignity that leads some slaves to resist and aspire to freedom. Despite being abandoned by the international community, despite suffering a crime so monstrous as to strip their awareness of their own humanity, somehow, some enslaved men regain their dignity, some enslaved women learn to trust men, and some enslaved children manage to be kids. Skinner bears witness for them, and for the millions who are held in the shadows.

In so doing, he has written one of the most morally courageous books of our time, one that will long linger in the conscience of all who encounter it, and one that -- just perhaps -- may move the world to constructive action.

"Rigorously investigated and fearlessly reported, A Crime So Monstrous is a passionate and thorough examination of the appalling reality of human bondage in today's world. In his devastating narrative, Ben Skinner boldly casts light on the unthinkable, yet thriving, modern-day practice of slavery, exposing a global trade in human lives. The abuses detailed in these pages are repugnant, but there is hope to be found: by giving voice to the victims, Skinner helps restore their dignity and makes crucial strides toward closing this shameful chapter in history." --Bill Clinton

"In his fierce, bold determination to see the lives of modern-day slaves up close, Benjamin Skinner reminds me of the British abolitionist of two hundred years ago, Zachary Macaulay, who once traveled on a slave ship across the Atlantic, taking notes. Skinner goes everywhere, from border crossings to brothels to bargaining sessions with dealers in human beings, to bring us this vivid, searing account of the wide network of human trafficking and servitude which spans today's globe." -- Adam Hochschild

"A great storyteller, Skinner brings the whole underworld of traffickers and their victims to life. At the same time, he shows how complex the phenomenon really is, and why the solutions of would-be abolitionists in this country have proven misguided or simply futile." -- Frances FitzGerald

"A Crime So Monstrous is a remarkably brave and unflinching piece of reportage and storytelling. E. Benjamin Skinner bears witness, sharing stories so unsettling, so neglected, so chilling they will leave you shaking with anger. This should be required reading for policy makers around the world -- and, for that matter, anyone concerned about the human condition." -- Alex Kotlowitz

"Ben Skinner does a great public service by exposing the massive scope of human trafficking in the world today. I appreciate his chapter on the heroic role Ambassador John Miller played in getting the U.S. government to stand against this evil." -- U.S. Senator John McCain

"This book exposes the horrors of modern-day slavery and human trafficking, demanding attention to an issue that has for too long hidden in the shadows. Skinner's narrative takes us many different places around the world, but can lead to only one conclusion: The U.S. must do more to end this suffering." -- U.S. Senator Russ Feingold

E. Benjamin Skinner was born in Wisconsin and is a graduate of Wesleyan University. He has reported on a wide range of topics from Latin America, Africa, and the Middle East for such publications as Newsweek International, Travel + Leisure, and Foreign Affairs. He currently is a senior vice president for Tau Investment Management and lives in Manhattan. Crime So Monstrous is his first book.