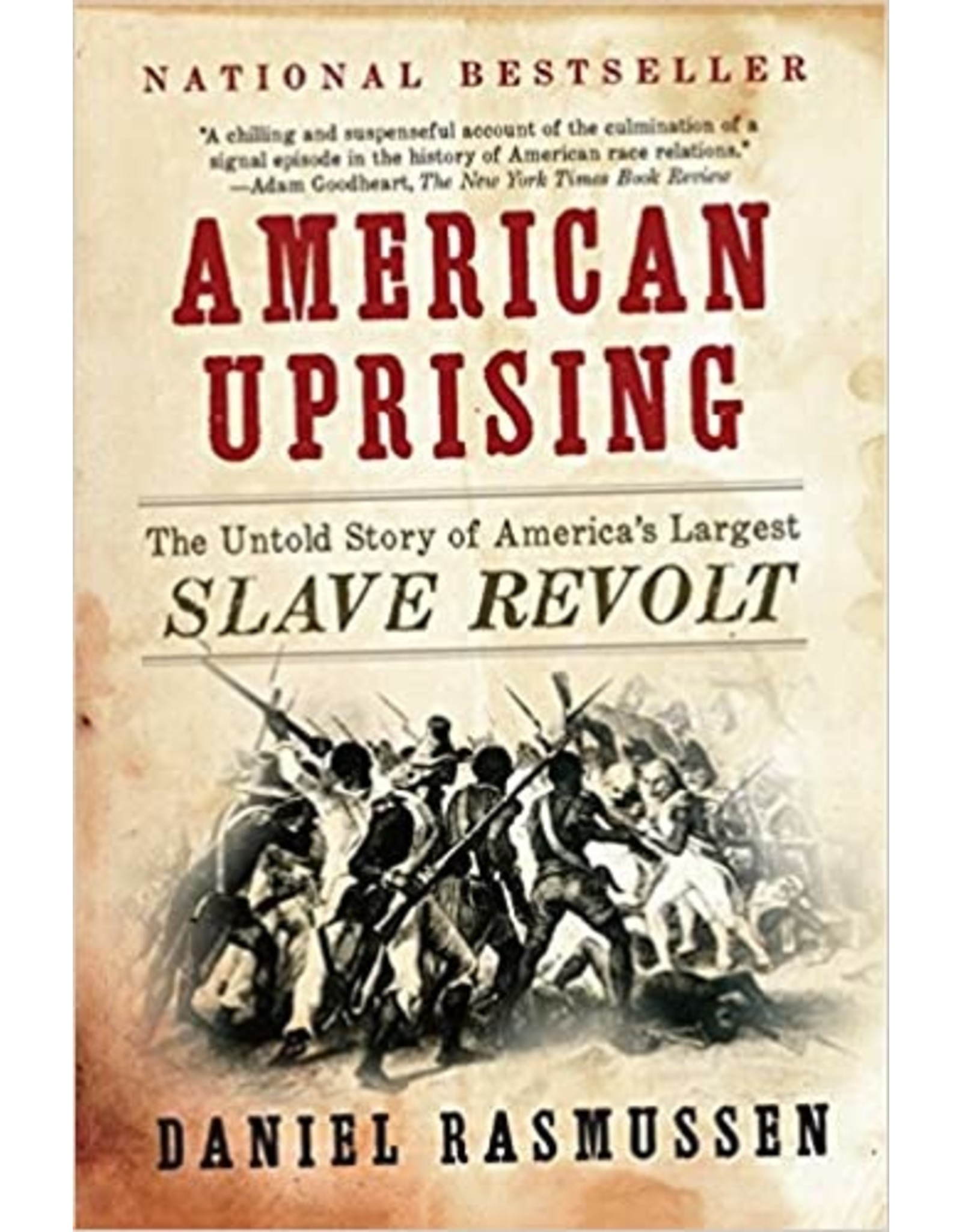 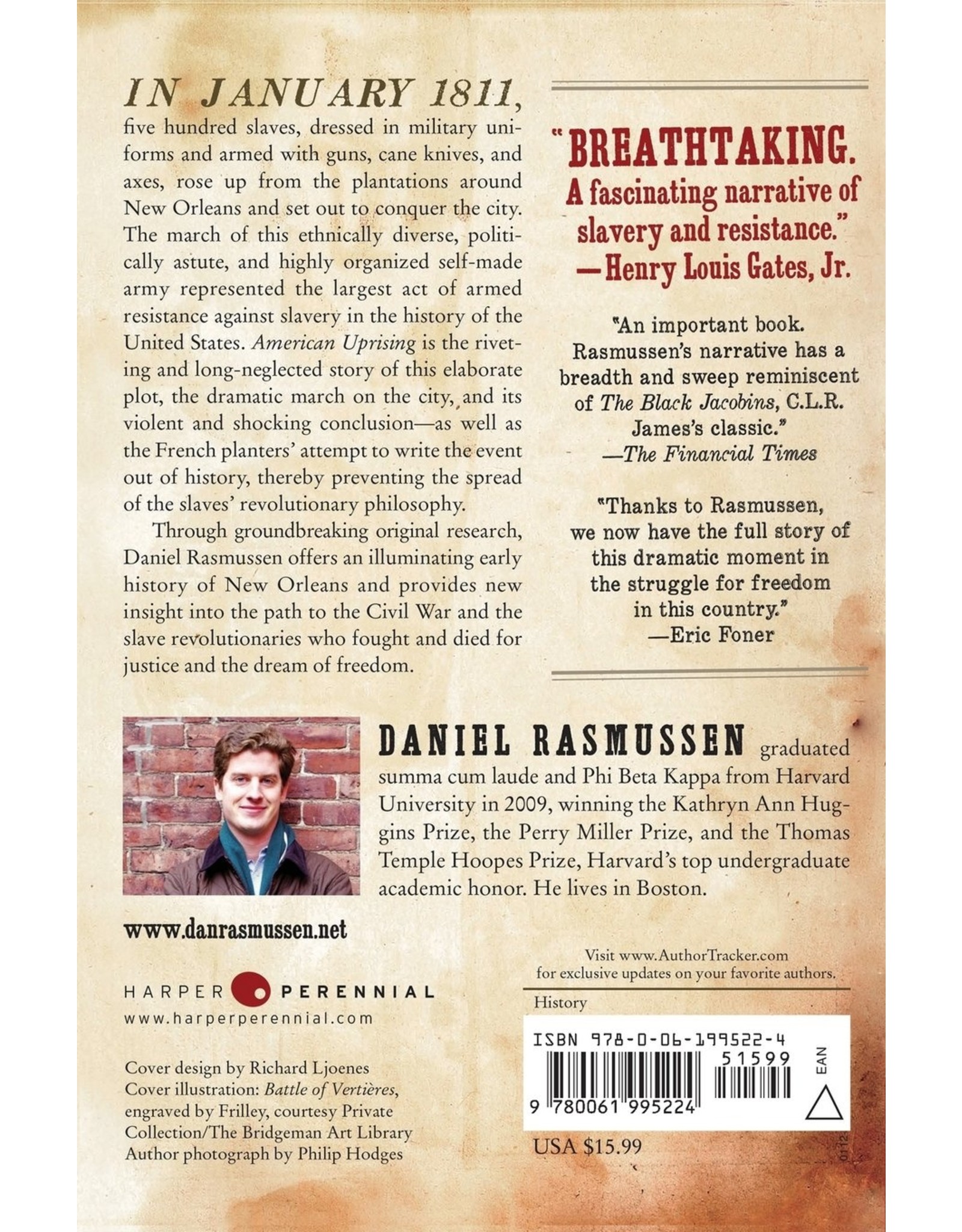 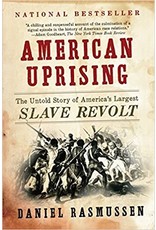 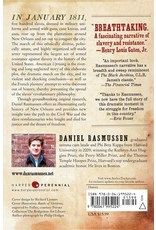 “Breathtaking. [Rasmussen’s] scholarly detective work reveals a fascinating narrative of slavery and resistance, but it also tells us something about history itself—about how fiction can become fact, and how ‘history’ is sometimes nothing more than erasure.” —Henry Louis Gates, Jr.

“A chilling and suspenseful account [of] the culmination of a signal episode in the history of American race relations.” (Adam Goodheart, The New York Times Book Review)

“An important book. . .This tale deserves to be much better known, as does the larger story of slave resistance. American Uprising represents a signal achievement.” (The Cleveland Plain Dealer)

“American Uprising offers a detailed, fascinating glimpse into a previously ignored part of history.” (The Fort Worth Star-Telegram)

“Daniel Rasmussen has performed an important service for American history. . .American Uprising challenges much of what we think we know about American slavery.” (The St. Louis American)

“Rasmussen provides a provocative, reader-friendly, though well-researched, account of the largest slave revolt in American history.” (The Monroe News Star)

“New Orleans has been the scene of many dark adventures, but none so shocking as the slave rebellion of 1811. Daniel Rasmussen has unearthed a stunning tale of freedom and repression and told it in gripping fashion.” (Evan Thomas)

“A deeply researched, vividly written, and highly original account of the largest slave revolt in the nineteenth-century United States. . . . Thanks to Rasmussen, we now have the full story of this dramatic moment in the struggle for freedom in this country.” (Eric Foner)

“Rasmussen adds fresh research to the story of the 1811 revolt, ushering it into the context of slavery, the history of the South, and the ugly brutality our nation built itself on. . . . Great reading for anyone interested in history.” (The Portland Book Review)

In January 1811, five hundred slaves, dressed in military uniforms and armed with guns, cane knives, and axes, rose up from the plantations around New Orleans and set out to conquer the city. Ethnically diverse, politically astute, and highly organized, this self-made army challenged not only the economic system of plantation agriculture but also American expansion. Their march represented the largest act of armed resistance against slavery in the history of the United States.

American Uprising is the riveting and long-neglected story of this elaborate plot, the rebel army's dramatic march on the city, and its shocking conclusion. No North American slave uprising—not Gabriel Prosser's, not Denmark Vesey's, not Nat Turner's—has rivaled the scale of this rebellion either in terms of the number of the slaves involved or the number who were killed. More than one hundred slaves were slaughtered by federal troops and French planters, who then sought to write the event out of history and prevent the spread of the slaves' revolutionary philosophy. With the Haitian revolution a recent memory and the War of 1812 looming on the horizon, the revolt had epic consequences for America.

Through groundbreaking original research, Daniel Rasmussen offers a window into the young, expansionist country, illuminating the early history of New Orleans and providing new insight into the path to the Civil War and the slave revolutionaries who fought and died for justice and the hope of freedom.