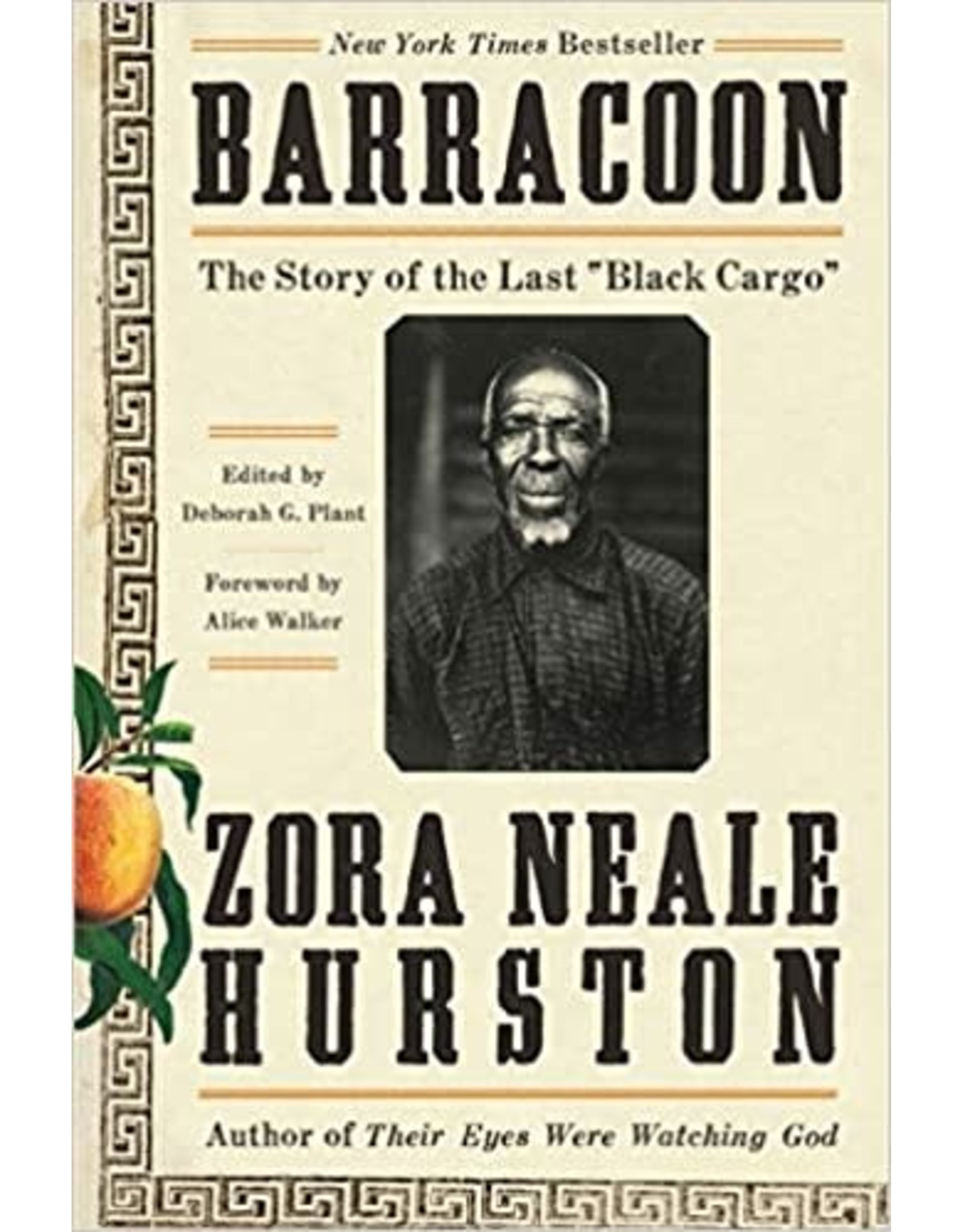 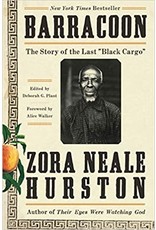 “One of the greatest writers of our time.”―Toni Morrison

A major literary event: a newly published work from the author of the American classic Their Eyes Were Watching God, with a foreword from Pulitzer Prize-winning author Alice Walker, brilliantly illuminates the horror and injustices of slavery as it tells the true story of one of the last-known survivors of the Atlantic slave trade―abducted from Africa on the last "Black Cargo" ship to arrive in the United States.

In 1927, Zora Neale Hurston went to Plateau, Alabama, just outside Mobile, to interview eighty-six-year-old Cudjo Lewis. Of the millions of men, women, and children transported from Africa to America as slaves, Cudjo was then the only person alive to tell the story of this integral part of the nation’s history. Hurston was there to record Cudjo’s firsthand account of the raid that led to his capture and bondage fifty years after the Atlantic slave trade was outlawed in the United States.

In 1931, Hurston returned to Plateau, the African-centric community three miles from Mobile founded by Cudjo and other former slaves from his ship. Spending more than three months there, she talked in depth with Cudjo about the details of his life. During those weeks, the young writer and the elderly formerly enslaved man ate peaches and watermelon that grew in the backyard and talked about Cudjo’s past―memories from his childhood in Africa, the horrors of being captured and held in a barracoon for selection by American slavers, the harrowing experience of the Middle Passage packed with more than 100 other souls aboard the Clotilda, and the years he spent in slavery until the end of the Civil War.

Based on those interviews, featuring Cudjo’s unique vernacular, and written from Hurston’s perspective with the compassion and singular style that have made her one of the preeminent American authors of the twentieth-century, Barracoon masterfully illustrates the tragedy of slavery and of one life forever defined by it. Offering insight into the pernicious legacy that continues to haunt us all, black and white, this poignant and powerful work is an invaluable contribution to our shared history and culture.

“One of the greatest writers of our time.” (Toni Morrison)

“Short enough to be read in a single sitting, this book is one of those gorgeous, much too fleeting things...Brimming with observational detail from a man whose life spanned continents and eras, the story is at times devastating, but Hurston’s success in bringing it to light is a marvel.” (NPR)

“With its historically valuable first-hand account of slavery and freedom, Barracoon speaks straight to the 21st-century world into which it has emerged—almost a century after it was written.” (Lily Rothman, Time)

“Though both Hurston and Lewis are long gone, Hurston’s account of the former slave’s life serves as a timely reminder of our shared humanity—and the consequences that can occur if we forget it.” (People)

“Barracoon and its long path to print is a testament to Zora’s singular vision amid so many competing pressures that continue to put us at war with ourselves.” (Huffington Post)

“[Barracoon’s] belated publication of her phonetic transcription offers spine-chilling access to one of modernity’s great crimes, an atrocity that, when described by a victim, suddenly becomes far less distant.” (The Guardian)

“Zora Neale Hurston has left an indelible legacy on the literary community and commanded an influential place in Black history.” (Essence)

From the author of the classic Their Eyes Were Watching God comes a landmark publication – a never-before-published work of the American experience.

In 1927, Zora Neale Hurston traveled to Plateau, Alabama, to visit eighty-six-year-old Cudjo Lewis, a survivor of the Clotilda, the last slaver known to have made the transatlantic journey. Illegally brought to the United States, Cudjo was enslaved fifty years after the slave trade was outlawed.

At the time, Cudjo was the only person alive who could recount this integral part of the nation’s history. As a cultural anthropologist, Hurston was eager to hear about these experiences firsthand. But the reticent elder didn’t always speak when she came to visit. Sometimes he would tend his garden, repair his fence, or appear lost in his thoughts.

Hurston persisted, though, and during an intense three-month period, she and Cudjo communed over her gifts of peaches and watermelon, and gradually Cudjo, a poetic storyteller, began to share heartrending memories of his childhood in Africa; the attack by female warriors who slaughtered his townspeople; the horrors of being captured and held in the barracoons of Ouidah for selection by American traders; the harrowing ordeal of the Middle Passage aboard the Clotilda as “cargo” with more than one hundred other souls; the years he spent in slavery until the end of the Civil War; and finally his role in the founding of Africatown.

Barracoon employs Hurston’s skills as both an anthropologist and a writer, and brings to life Cudjo’s singular voice, in his vernacular, in a poignant, powerful tribute to the disremembered and the unaccounted. This profound work is an invaluable contribution to our history and culture.

Zora Neale Hurston was a novelist, folklorist, and anthropologist. An author of four novels (Jonah’s Gourd Vine, 1934; Their Eyes Were Watching God, 1937; Moses, Man of the Mountain, 1939; and Seraph on the Suwanee, 1948); two books of folklore (Mules and Men, 1935, and Tell My Horse, 1938); an autobiography (Dust Tracks on a Road, 1942); and over fifty short stories, essays, and plays. She attended Howard University, Barnard College and Columbia University, and was a graduate of Barnard College in 1927. She was born on January 7, 1891, in Notasulga, Alabama, and grew up in Eatonville, Florida. She died in Fort Pierce, in 1960.  In 1973, Alice Walker had a headstone placed at her gravesite with this epitaph: “Zora Neale Hurston: A Genius of the South.”


Alice Walker won the Pulitzer Prize and an American Book Award for her novel The Color Purple. She has written numerous poems, essays, and short stories, including her most recent book, The Way Forward is With a Broken Heart. Originally published in 1974, Langston Hughes: American Poet was Alice Walker's first book for children. This picture book biography is now back in print with a new author's note and beautiful new illustrations. Ms. Walker lives in Northern California.